Act Now was announced at the interdisciplinary scientific information day ” Congenital CraniofacialMalformations:crossroad of partnerships ” which was held on the 19th February 2020at the premises of the Papageorgiou General Hospital, Thessaloniki. Vasiliki Holeva, presented the project to 65 healthcare professionals who welcomed the ACT NOW “toolkit” as they were eager to help patients to. 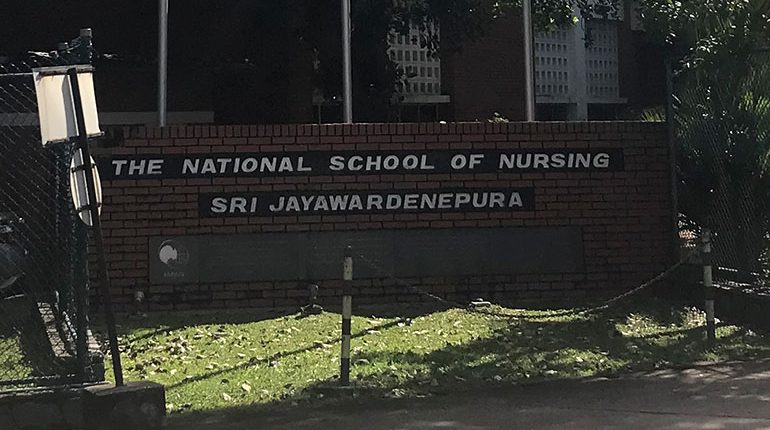 Representatives from Kristianstad University attended a collaboration meeting at Faculty of Nursing, University of Colombo. As part of the meeting, Martin Persson presented several Erasmus + project to 21 healthcare professionals and teachers. Act Now was presented in how you can take an established psychological method and via European collaborations, generate a functional training program.

The 4th meeting of the project “ACT Now” took place in Tartu Ulikool, Estonia on January 17, 2020. Partners from Estonia, Greece, Cyprus and Romania presented the pilot training results and feedback from their organization. A total of 142 trainees received the training in 5 different countries and according to their post kap results a.

On 11th of January 2020, the Pilot Study of the ACT Now Project (A training program development for healthcare professionals to use the principles of Acceptance and Commitment Therapy (ACT) to facilitate patient adjustment to the challenges of living with a visible difference) was conducted in Cyprus. The event was supported and advertised via social.

On 10.01.2020 a pilot training for Acceptance and Commitment Training (ACT) took place in Tartu, Estonia. The training attracted 28 participants with a diverse professional background. Many of them were family doctors and nurses who were facing patients with a visible difference in their daily practice. They found the course was comprehensive and easy to.

“Marie S. Curie” Emergency Clinical Hospital for Children in Bucharest was the host of pilot course in the Acceptance and Commitment Training. Trainers – pediatric surgeons from the same hospital – presented the course to 24 health professionals, most of them residents and young specialist doctors from the same hospital coming from areas like pediatrics,.

The Asian conference was held in Khon Kaen in the northern part of Thailand, and it was attended by 475 delegates from 25 countries from various disciplines.  Prof Martin Persson was invited keynote to attended and presented at the conference.    Martin gave a lecture that focused on the long term outcomes of cleft on a.

The 3rd meeting of the Erasmus + funded project “ACT now” took placeat Univerzitetni KliniKa Center in Ljubljana, Slovenia on 30-31 August2019. The partners from Estonia, Cyprus, Greece, Romania and Sloveniawere trained in the ACT training program, presented by the partnersfrom United Kingdom. Additionally, they have been accustomed to theuse of the Trainees’ workbook in.

The second meeting of the EU Erasmus+ funded project “Act Now” was completed at the University of Neapolis in Pafos, Cyprus, on 29 March 2019. The partners from Cyprus, Estonia, Greece, Romania and Slovenia presented the National Analyses and the results of their Surveys. The national surveys were conducted based on a questionnaire developed by.

The EU Erasmus+ funded project “Act Now” kicked off in Thessaloniki, Greece, at the General Hospital “Papageorgiou” on 15 December 2018. The meeting was well attended by the partners from Cyprus, Estonia, Greece, Norway, Romania, Slovenia, Sweden, UK and the European Cleft Organisation (ECO, the Netherlands). The Greek partners presented an overview of the project’s.